Leap of Faith- Taking the Deep Dive into Dynasty

When most people hear the word “dynasty,” their thoughts fall into two categories — a succession of rulers of the same line of descent (e.g. The Ming Dynasty), or sports.

In the sports realm, people either think of real sports (the Yankees, the Patriots, etc.) or fantasy sports — specifically fantasy football.

For the longest time, I was part of the first group. And up until a few weeks ago, I had never been in a dynasty league. (In fact, 2020 would only be my third year playing fantasy football all-together.) Someone on Twitter randomly asked me if I wanted to join a dynasty league. I wasn’t sure what to say at first. I’d wanted to join one for a while, but I was terrified. (Heck, I’m still terrified.) Then I realized the best way to learn is to just dive in the deep end — so I said yes.

It wasn’t until I dove in that I realized just how deep the water was. A 20-30 round draft? Superflex? More than one quarterback? What is happening? What does it all mean?! I had so many questions, and practically zero answers.

So, I went to the best possible source of advice I could think of — Twitter — and asked a question:

“What's one piece of advice you would give someone who's thinking of making the leap from redraft to dynasty / What is one thing you wish someone would have told you?”

This is all fantastic advice, but ultimately it was up to me (and you) whether to take it or not. When I took the advice given to me, I drafted Davante Adams and Tyreek Hill. When I did not, I drafted three defenses and only two quarterbacks. In my rookie opinion, I felt I drafted pretty well, but only time will tell.

We finished the draft, so now it’s time to figure out what I’m doing — because I still don’t really know.

I’m learning how to pair trade offers and that future draft picks are a valid part of a deal. I’m learning how to differentiate between a good trade and a bad trade. (No, you can’t have Adams, Kareem Hunt, and Tee Higgins for Baker Mayfield and Odell Beckham.) I’m learning how to not make rookie mistakes, like only drafting two quarterbacks. (But let’s face it, they’re inevitable and part of the learning curve.)

I’m learning it all.

Most importantly, I’m learning how to build a dynasty. Rome wasn’t built in a day, and neither were the powerhouse New England Patriots. So, I’m sure it’s bound to be one hell of a ride. If you're still unsure about diving into the dynasty pool, just take a Leap of Faith. 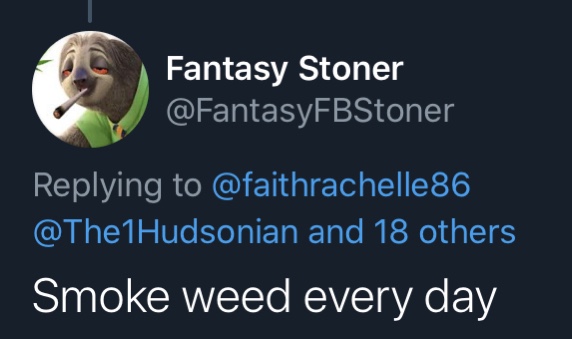