Are You Holding: Ronald Jones II?

There are a lot of reasons why a dynasty general manager will hold on to a specific player. Most believe in their hearts that these players will someday become a stud. In reality, the hype train was all it ever was, just hype. I polled several fantasy general managers from MyFantasyLeague Superflex dynasty leagues and compiled a list of players that they just will not give up on. Some of the general managers say they have held onto players in the past because they thought eventually the player would turn into a stud. Others said they were too stubborn to cut them because they had constantly defended their player’s talent. It is one thing to have room on your bench to stash those players, but it’s another thing to let them sit there and waste away. During this article series, we will dive deeper into these players and let you know if they are worthy of their roster spot or if they should have a first-class ticket to the waiver wire.

Ronald Jones was a four-star running back out of McKinney, Texas. He had offers from Alabama, Auburn, Notre Dame, Clemson, Michigan, Ohio State, and many others, but he committed to the USC Trojans in January 2015. He was the eighth-ranked running back in his class, slotted behind some talented college running backs like Damien Harris, Derrius Guice, Kerryon Johnson and just in front of Saquon Barkley. While at USC, his stats got better every year. He totaled a 6.1 yards per rush average with 3,619 rushing yards and 39 touchdowns. He was not involved in the passing game much, catching only 31 passes over three years. In his final season at USC, Jones ranked in the top ten in the nation for running backs in yards, touchdowns, first downs, runs of 10-plus yards, and yards after contact. Pro Football Focus graded him as the best rusher in the nation. Jones ultimately decided to forgo his senior year at USC and declared for the 2018 NFL Draft.

At the 2018 NFL Combine, Jones participated in just two events, the vertical jump and the 40-yard dash. He ran a disappointing 4.65 40-yard dash and ended up injuring his hamstring, forcing him to leave. He took a month to recover and at the USC Pro Day, he improved his 40-yard dash by running a 4.45. Due to the injury at the Combine, a lot of the hype wore off and he ended up falling to the Tampa Bay Buccaneers with the sixth pick of the second round.

You can see from above that Jones did not get much of a chance in his rookie season, carrying the ball just 23 times, though this past season he definitely showed some of the flashes that made him such a highly-recruited player and draft pick. In games where he received more than 10 touches, he averaged over 4.5 yards per attempt. He had the same amount of catches in 2019 as he did in his entire USC career, and with new head coach Bruce Arians offense he was able to carve out a role for himself. He rushed for over 70 yards six times and ended the season with a strong 106-yard rushing performance. Arians has some experience coaching running backs like Jones, as he had Chris Johnson and David Johnson while he was the head coach of Arizona. Both of those running backs had good speed and could catch the ball out of the backfield, traits Jones possesses. 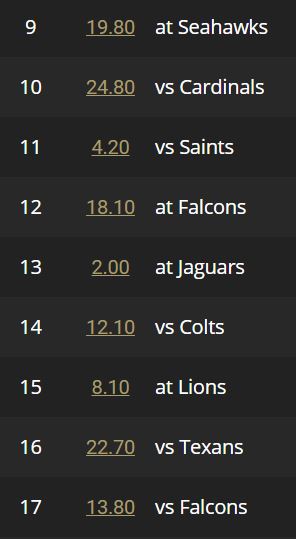 The table above shows the last nine weeks of 2019 and you can clearly see Jones was productive from a fantasy standpoint. The two outlier games versus the Saints and Jaguars were both products of him not getting the ball. Jones was given only ten touches combined over those two games, mainly due to game script. For example, during the Saints game the Buccaneers only rushed the ball 8 total times, while Jameis Winston threw the ball 51 times. When he is given an opportunity Jones has the ability to score a decent amount of fantasy points.

With all that being said, Jones is a hold if he is currently on your fantasy team. He doesn’t turn 23 years old until this August and he finished this season with over 1,000 scrimmage yards. It is always possible Tampa Bay goes out and signs a free agent running back or drafts one, but regardless, Jones should get another shot at the starting job. The Buccaneers possess six picks in this year’s draft and have question marks at quarterback. They can use the franchise tag on Winston at the cost of $25 million for one year or look at other options. The Buccaneers defense also gave up the third-most points and the most yardage in the NFL this past season, so they will need lots of help on defense. Winston was also the fourth most sacked quarterback in the NFL meaning they need offensive line help too. All of this means that running back is not a priority for the Buccaneers this off season.

I doubt he is available on anyone’s waiver wire, so if you can make a trade for him, you should. He is probably worth a mid-to-late second round draft pick right now. Jones is locked up for another two years with Tampa Bay and is not costing them a big salary cap hit. 2020 will be the breakout season you “RoJo Truthers” have been waiting for; don’t be surprised if he posts some RB1 games this year!

Thanks so much for reading! You can follow me on Twitter @Clubber_Lang83 and go to DynastyHappyHour.com to check out my other articles and my Superflex rankings.