I’ll be covering players from the NFC North you should be looking to either add to your dynasty squads or let another team in your league take over. For the teams I’ve covered already, you can find them at the end of the article.

Buying: Allen Robinson - Robinson is a value at his current ADP of 56.67 and the 28th receiver off the board. Had he played all 16 games last year, Robinson was on pace for 115 targets, 68 catches, 928 yards, and five touchdowns. Those numbers would place him as a mid to late WR2, well ahead of his WR4 finish in 2018. The Bears ranked 25th in pass attempts last year and their defense should take some sort of step back, even if it’s a small one (top defenses typically regress in some manner year to year). Two of the receivers going ahead of Robinson, Tyler Lockett and Mike Williams, have never seen more than 72 targets in their careers. Lockett’s efficiency is expected to take a step back, and Williams won’t be the top target in his offense (outside of a Keenan Allen injury). Robinson will be another year removed from his ACL injury, and Trubisky should take a step forward in his second year under Nagy. 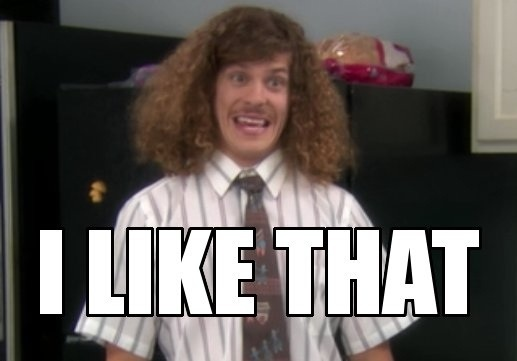 Selling: Tarik Cohen - Over the past four years, running backs who have toted the rock fewer than 100 times have produced a top-15 fantasy season just four times - James White and Cohen in 2018, Duke Johnson in 2017, and Danny Woodhead in 2015. I believe 2018 was the best fantasy season we’ll see from Cohen and I’d be capitalizing on it. Some trades I’ve seen come across Twitter have included a 2020 first for Cohen. With the potential the 2020 class carries, I’d love to get any first for Cohen.

Buying: Marvin Jones - Jones’ ADP currently sits at 104 in June startup ADP. Rewind the dynasty clock to just nine months ago and he was going at the end of the fourth round. Since joining Detroit, Jones hasn’t had a season under 100 targets and was on pace for 110 before being shut down after week nine to end his season. I know the Lions want to be a run-heavy team and play the time of possession game, but they are (begrudgingly?) still going to have to throw the ball at some point. They’re in one of the toughest divisions in the NFL and the Lions defense isn’t where it needs to be in order to control the clock. Even if you believe Kenny Golladay takes over as the primary target, Jones would benefit as he would theoretically have better matchups. If you’re a contender, Jones makes a lot of sense.

Selling: Kerryon Johnson - The potential surrounding Johnson has driven up his price to the mid-third round, a bit too steep for me. While Johnson showed glimpses of what he could be in 2018, he still only had two games with more than 100 yards from scrimmage (both 100-plus rushing). Being sub-215 pounds with Johnson’s running style and injury concerns don’t bode well for his long-term outlook, and it seems as though the Lions would prefer some sort of committee as well. The Lions went after Malcolm Brown early in the offseason and eventually settled in on C.J. Anderson. If I had Johnson, I would wait for the next positive news blurb and sell while the sellin’s good.

Buying: Geronimo Allison and/or Marquez Valdes-Scantling - Early in the offseason it seemed like Allison was cemented as the number two receiver for Aaron Rodgers but recently the hype for Valdes-Scantling is growing. Both receivers are extremely cheap (for now), with Allison sitting at an ADP of 133.33 and Valdes-Scantling at 139.5. Someone has to eventually step up, and if you’re able to acquire both at their current price I would happily do so.

Selling: Aaron Jones - Similar to Kerryon Johnson, the hype and potential surrounding Jones has me wanting to sell. Don’t get me wrong; I believe Jones is the most talented back in Green Bay. It may be just coach speak, but head coach Matt LaFleur has been consistent in his message of using a committee approach in the backfield. Another strike against Jones is the fact he’s yet to play a full season. Jones has missed a combined eight games the past two years (two games due to suspension) in the NFL and also missed games each year at UTEP with the exception of his final year (2015). With the 2020 running back class on the horizon, I wouldn’t be surprised if Jones was further minimized after the 2019 class. This is a scenario of getting out a year too early versus a year too late.

Buying: Stefon Diggs - I’m a very “gut-based” fantasy football player, so I’m pretty proud of myself this is my first gut-based-call out of the four articles/sixteen players I’ve done so far. Having said that, I feel like this is the year we finally see Diggs overtake Adam Thielen for the top dog in Minnesota. This is a super limited sample size, but in the three games Kevin Stefanski acted as the offensive coordinator, Diggs saw nearly twice as many targets as Thielen (23-12). In no way would I feel comfortable nor expect this to hold after sixteen games, but unfortunately it’s the only thing we have to pull information from currently. Although his startup ADP has crept up to 21.67 (WR9), his trade price hasn’t caught up yet. It’s worth checking in on the Diggs owner in your league to see if they’ve grown tired of waiting for the true Diggs breakout.

Selling: Dalvin Cook - I hate doing this because I love Cook as a player and prospect, but he simply can’t be trusted. There seems to be a common theme here amongst the NFC North running backs, but Cook is being valued too highly based on potential. Has Cook flashed? Absolutely. Has Cook lived up to his hype yet? Absolutely not. What’s most worrisome is Cook’s injury history. The former Florida State Seminole has appeared in 15 of a possible 32 games, and his ADP has barely dropped. In August 2018 ADP, Cook sat at 13.17. In June, after missing five games with a hamstring injury (tied to his ACL injury in 2017), he’s dropped just seven spots to 20. If you’re able to add to Cook and move up ADP to get a safer, higher-valued asset, I’d love that move.

There you have my buys and sells for the NFC North. Who are you buying and selling from this division? Hit me up on Twitter and let me know!