The Dolphins are thirsty: the drought has gone on long enough. It's been 20 long years since Dan Marino was their starting quarterback. Since then, there have been 20 starting quarterbacks - 5 of them drafted in the first two rounds - ten head coaches, and four general managers, but only seven winning seasons; only two of them came after 2006.

In my previous article on Bengals quarterback Joe Burrow, I discussed the organization's comfort with mediocrity. The Dolphins are quite the opposite, as they have chased success continuously to a fault. Their average tenure of a non-interim head coach is only three years, which causes significant inconsistencies with player personnel. Constant scheme changes might cause a player to not be put in a position which suits them best and also can hurt their learning curve. In addition, there were multiple draft blunders - drafting quarterbacks in the second round for three consecutive years from 2007 to 2009 - and high-profile players walking or being traded because they were selected by a previous regime. Tackle Jake Long or defensive lineman Olivier Vernon are prime examples. The Dolphins are the polar opposite of the Bengals, although wielding the same results.

General manager Chris Grier started to feel the heat after going from a 10-6 record in 2016 to two consecutive losing seasons. In 2019 he blew up the front office, fired head coach Adam Gase, and built a new staff, including head coach Todd Bowles and assistant general manager Marvin Allen. The Allen acquisition was especially attractive, considering he was the head of college scouting for the Chiefs from 2013 to 2016. During his time, they drafted tight end Travis Kelce and receiver Tyreek Hill, while leaving his staff with research to select quarterback Patrick Mahomes and running back Kareem Hunt. In 2017 and 2018, he was the national scout for the Bills. 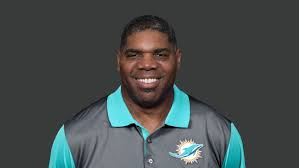 In 2017 the Bills blew up the roster, similar to the Dolphins in 2019. They let cornerback Stephon Gilmore, linebacker Zack Brown, and receivers Robert Woods and Marquise Goodwin all walk in free agency. It was unpopular at the time, but it set up the Bills to get the franchise moving in the right direction. Grier saw Allen's success with acquiring valuable roster pieces and brought him in to do the same for the Dolphins.

As a result of the Dolphins gutting the roster, the Dolphins walked away with massive amounts of cap space and 11 draft picks. Their first pick: Alabama quarterback Tua Tagovailoa. 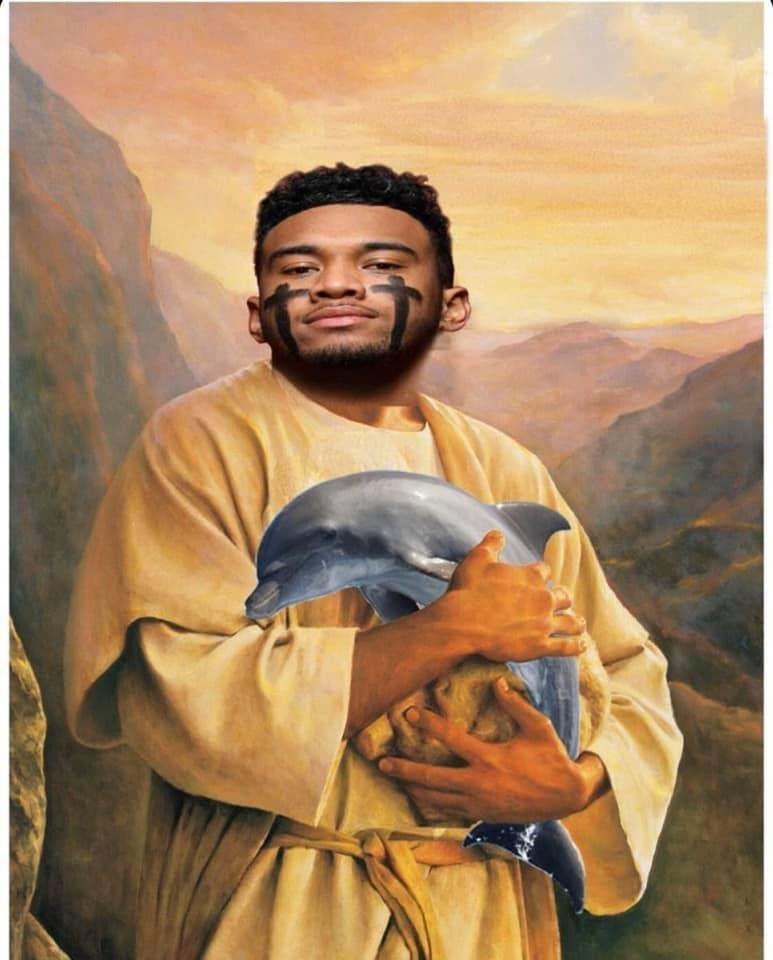 Tagovailoa was thought of as the best quarterback prospect in the 2020 class following the 2018 college season. His ability to stay calm and collected while under pressure, delivering perfect strikes downfield, had scouts drooling. How far can this kid take an NFL team? Tagovailoa was the dream until the world froze as he incurred the same injury, which ended Bo Jackson's career: a dislocated hip.

Immediately people panicked as they watched him get carted off the field. The hysteria continued for multiple days. "Will he ever play again?" was the question on most minds. However, as we discovered more information, things became more hopeful. Jackson's career ended not because of the dislocated hip alone, but because there was a lack of blood flow to his leg. Tagovailoa's leg was treated before the death of his bone tissue started to occur, known clinically as avascular necrosis. The only concern with the hip now is how soon he can be ready for contact. The hip injury, however, magnified a looming question: Is Tagovailoa injury prone?

Outside of the hip, Tagovailoa sustained four other injuries in college while only missing one game. A broken finger on a non-throwing hand is unfortunate, but the three others were sprains, which made some uneasy. The term sprain is indistinct, as multiple ligaments and soft tissue areas surrounding a joint where it occurs could be the issue. A sprain can be one of the least predictive, yet regularly recurring injury in the NFL. Teams are concerned and rightfully so.

Sometimes in fantasy, you have to throw caution to the wind. With Tagovailoa's upside, this could be the time. Could this player be the one to lead your fantasy team to the promised land?

At 6'0, 217 pounds, some would consider Tagovailoa undersized. However, with today's NFL, smaller quarterbacks have succeeded, such as Russell Wilson and Kyler Murray, debunking the theory of a minimum required height. His inability to participate at the combine makes the water a little murkier while trying to figure this kid out, but all you need is the game film to know he's special.

In his first year as the starting quarterback at Alabama, he threw for 3,966 yards and 43 touchdowns with only 6 interceptions, while adding 190 yards and 5 more scores on the ground. He finished the season setting the NCAA FBS record for highest passer rating with 199.4. He was on pace to put up similar yards in the air his senior season before getting hurt. This is extremely impressive, to say the least.

As we discussed before, the Dolphins gutted their roster. They primarily added high-profile free agents on defense while addressing the offense through the draft. Three of their first four picks were on the offensive side, and they drafted a total of four offensive linemen. However, they weren't finished there, as they attacked the trade market, targeting 49ers running back Matt Brieda and recently acquired Bears tight end Adam Shaheen.

The defense didn’t become dominant but did slightly improve with key signings. The improvement should help the Dolphins take the pressure off Tagovailoa early in his career, allowing him to come into his own naturally. The veterans added in free agency were known by their teams to be strong leaders as well. Having strong role models on the team for Tagovailoa to follow should help his progression as a leader himself.

The offensive linemen are going to be the key to Tagovailoa's success. In 2012, the Dolphins drafted quarterback Ryan Tannehill only to have him be assaulted continuously year after year. By his fifth year in the league, the hits took their toll as he wasn't able to play 16 games in his final three years for the Dolphins. The issue wasn't the draft capital spent on offensive lineman, but rather the inconsistency in retaining the same starters each year. The Dolphins must learn from their previous mistakes and take time to let this young team develop.

Tagovailoa's floor is based on the breakout of wide receiver Devante Parker, the emergence of rookie receiver Preston Williams, and Mike Gesicki continuing the tail end of last year's production. Assuming 2019 starting quarterback Ryan Fitzpatrick is the starter at least to begin 2020, there's no reason to believe similar fantasy value for the surrounding players can't be achieved again as the team only improved.

Although the Dolphins did see solid fantasy value from those positions, Fitzpatrick wasn’t a great quarterback in terms of analytics struggling with true completion percentage - 28th - and average air yards per attempt. Tagovailoa, who excelled in completion percentage and AY/A, could get these receivers on another level.

The ceiling comes with his bevy of young potential breakouts at receiver and running back. Running backs Patrick Laird, Myles Gaskin, and Malcolm Perry all showed excellent hands, superior versatility, and dominant playmaking ability in college. Meanwhile, Gary Jennings, Isaiah Ford, and Jakeem Grant have all shown potential as deep threats. Tagovailoa, who can also use his legs, is starting to look more dangerous by the second. The best quarterbacks in fantasy get results from all players on the field and Tagovailoa is surrounded by roleplayers with upside.

If you're drafting Tagovailoa, it shouldn't be for 2020. Fitzpatrick finished the season scorching hot, throwing for over 1600 yards and 10 touchdowns in the final five games. They won three of those five games, including an inspired performance against their division rivals, the New England Patriots. However, it should be a good thing as the Dolphins have one of the toughest schedules for the quarterback position in terms of fantasy points.

Having a Week 11 bye could be an excellent thing for Tagovailoa if the Dolphins are struggling, as he should have more than enough time to learn the system before taking over the team. If the team is losing, we could see a switch for Week 12 and beyond, giving him enough reps to prepare for 2021.

With a year of consistent line play, a haul of 2021 draft picks including four in the first two rounds, and another year for these younger potential breakouts to develop, Tagovailoa could be set up to smash in 2021. As a result, we should see him fly up draft boards and value charts. Currently, he's being drafted behind Sam Darnold, Jared Goff, Daniel Jones, and Jimmy Garoppolo in dynasty. Tagovailoa's floor should at least be equal to these guys, and his upside should be far ahead.

If I have a veteran starting quarterback in dynasty, I'm doing what I can to acquire Tagovailoa: Even if that means overpaying.